Another new year, another survirved freezing January. In February we tried to drive away the winter out of our yards and gardens, but not exactly yet out of our closets. This does not need to mean a bad thing. Such a pleasure to wrap up in long and colourful cozy scarves, wear soft and warm jackets. Someone might argue, but winter seems to be best time for accessories

February – a month of fashion, carnivals, music, films, love. It is also the time to celebrate independent Lithuania. What more is there to say? The month is quickly becoming the most favourite in a year which brings us closer to a long awaited spring and, though being the shortest, offers numerous of exhilarating events and celebrations. The Book Fair in Vilnius inspired us to read… St. Valentine’s was a necessary reminder that we are created for love, all kinds of love.. and how could some countries of the world ban it just like that?! … The Japanese artist Yayoi Kusama’s exhibition in Oslo – a long needed therapy of all possible colours.

Igsi… team this time disembarked on two completely opposite directions: warm and colourful Morocco and white and quiet Svalbard. The latter is almost in the North Pole with its whiteness, tranquillity, the blue cold in a short glimpse of light and nature so little touched by humans the memories of which are vivid and will not fade away so easy. This you wish to paint, photograph, write poems about, share aon Facebook and brag about Aurora borealis we have chased and the polar bears we hoped to spot, an endless dark glacier we have crawled into to see icicles.

The end of the winter fascinates with the mysticism in nature. The films we watch are mysterious (one example is “The Island” of Russian film director Pavil Lungin) as well as the books we read. Unfortunately, this was a month of significant losses: the worldwide known American writer Harper Lee and the Italian mystery novelist, essayist, literary critic, philosopher and semiotician Mr. Umberto Eco who with the works on semiotics (a study of meaning-making, sign processes and meaningful communication) has again induced to study the works of well-known Lithuanian semiotician Algirdas Julien Greimas. 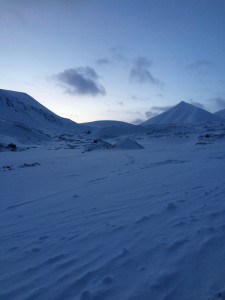 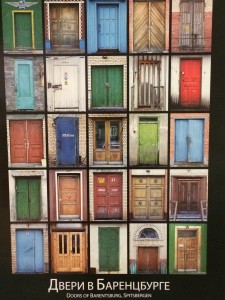 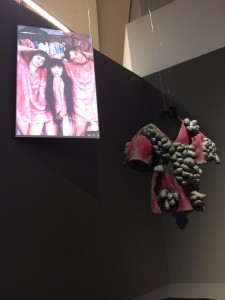